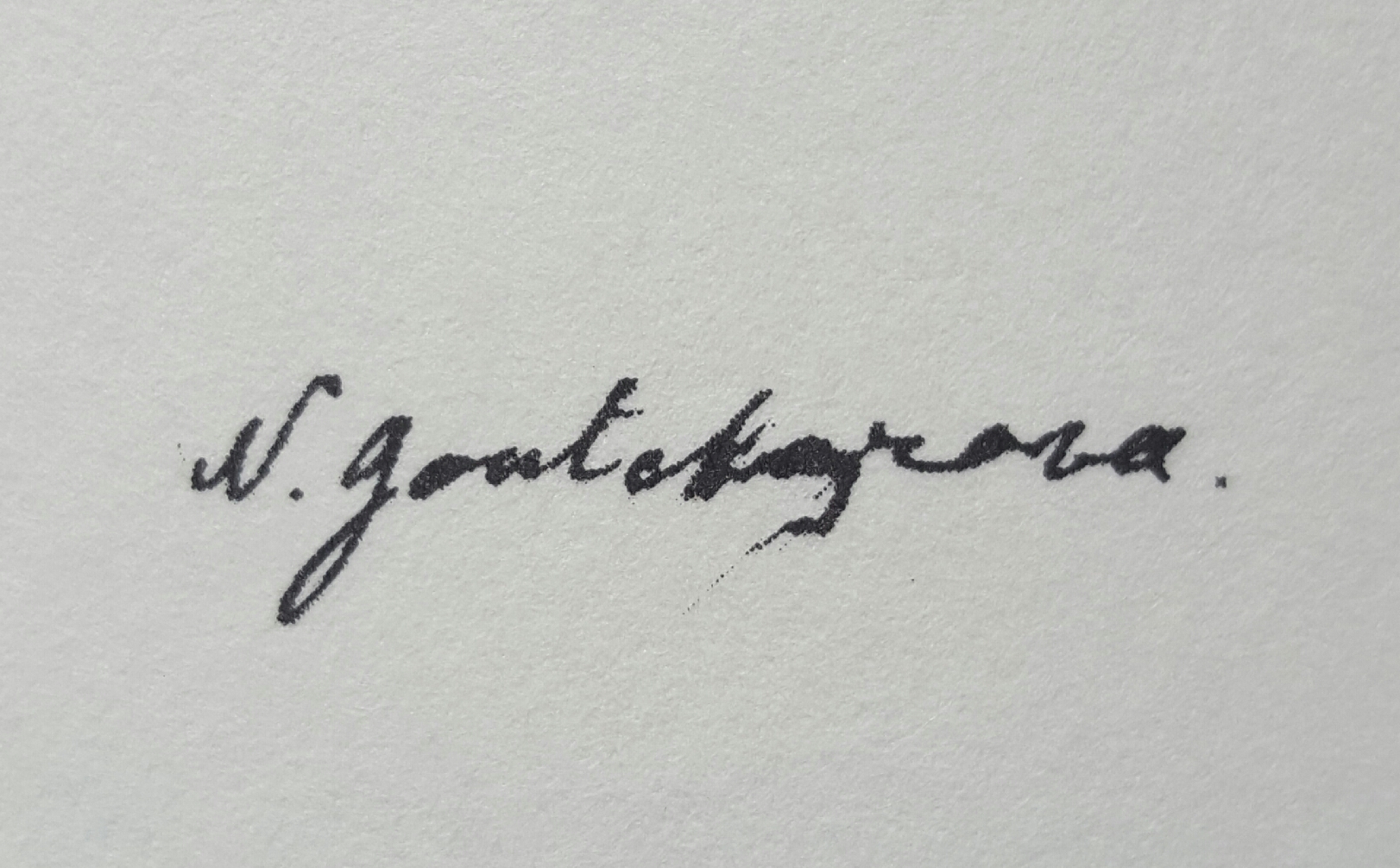 What’s In A Name?

Natalia Sergeevna Gontcharova was born and raised in pre-revolutionary Russia. As a student she was taught to write her name in the cyrillic alphabet (Наталиа Гонтчарова), and early in her career as an artist she signed works with both her full name or just her initials, often in the form of a monogram.

When Natalia wrote and signed her works using Latin script, which she did more often after her departure from Russia, she maintained her previous habit of using her initials, her monogram and a fuller version of her name, spelled N. Gontcharova. She did not always sign her work, but when she did, her spelling was consistent.

Despite that consistency, most Western scholars now write Natalia’s name without the t, as Goncharova. Some change the spelling of her first name too, favoring Natalya over Natalia. It should be noted that these changes, while correct formal English translations from Russian, predominantly vary from the way that Natalia Gontcharova actually wrote her own name. 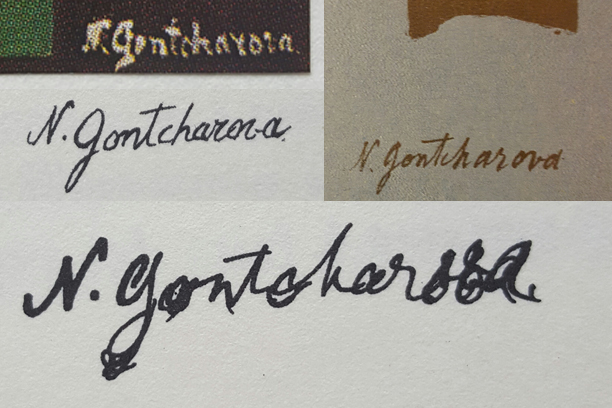 For an artist that intentionally and specifically addressed the dichotomy which appears between artistic truth and the perceived version of that truth which is created in the mind of the observer, it seems nothing but appropriate that such a division is present throughout the modern study of Natalia Gontcharova’s life, even in such a rudimentary yet significant detail of her work.

As a part of our pursuit of truth throughout this site at nataliagontcharova.com, we will utilize the script and spelling of Gontcharova’s own name that the artist personally deployed and preferred to use for the majority of her career, one reflective of the path that Natalia’s ever-chnaging life and works evolved towards.