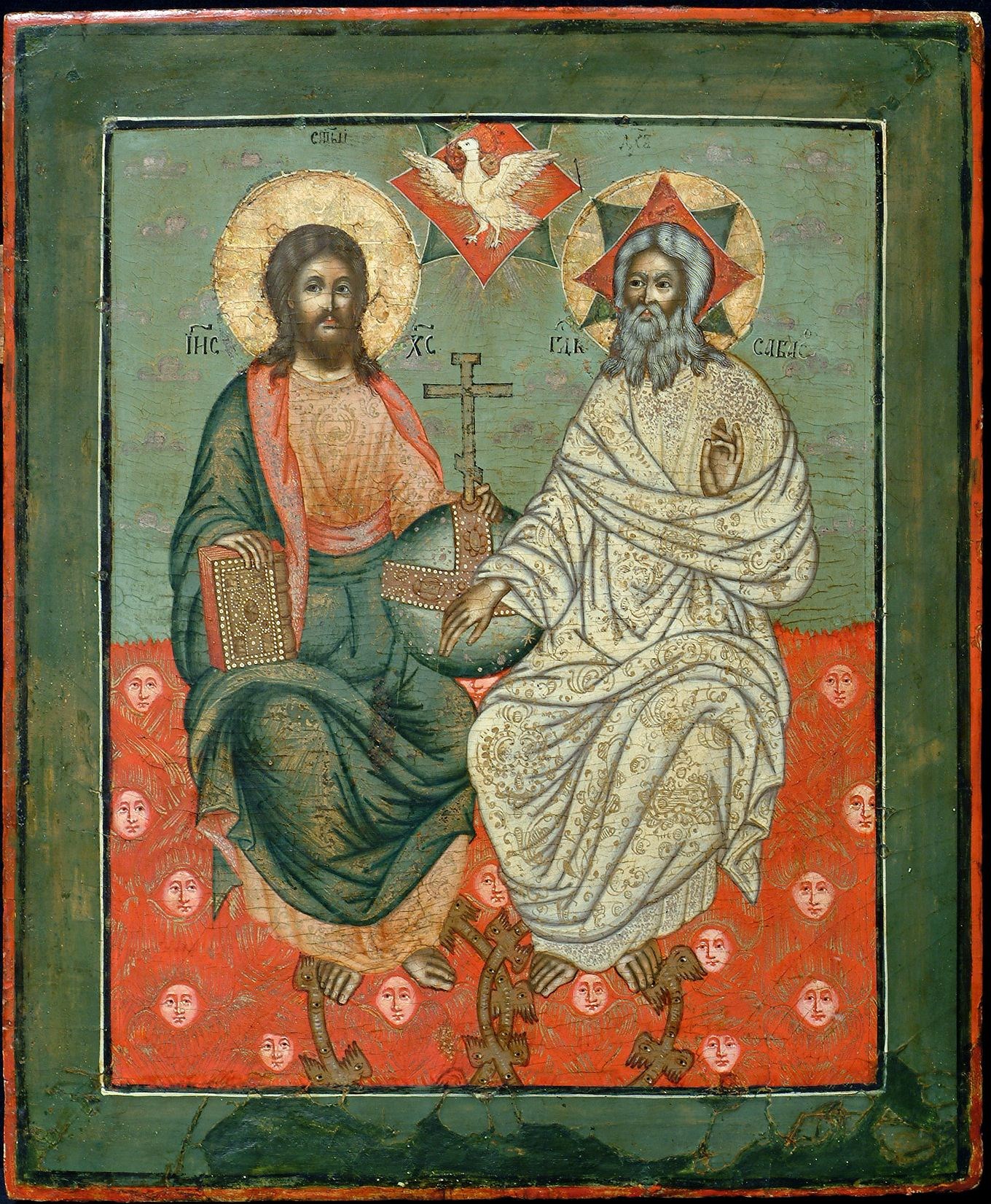 Natalia Gontcharova, perhaps above all else, was a spiritual painter. She created art according to her personal sense of modern devotion. She was pious, humble, charitable and obedient. This deep grounding in faith is present throughout her entire body of work but reveals itself in different ways at different stages of her life and career.

One of her earliest mentors on the path of spirituality in art was French artist and writer Maurice Denis, the leader of the Nabis or in English the Prophets. Denis was greatly esteemed by many of the young Russian artists at the start of the 20th century but it was perhaps his deep reverence for nature and it’s direct link to the world of the spirit which most clearly resonated for the twenty-something version of Natalia Gontcharova. Denis said “Art remains a sure refuge, the hope of a reason in life from now on and the consoling thought that little beauty manifests itself in our lives and that we are continuing the work of creation… therefore the work of art has merit, inscribed in the marvelous beauty of flowers, of light, in the proportions of trees and shapes of waves…”

As an emerging artist in Russia, Gontcharova was constantly at odds with her country’s conservative Orthodox Christian establishment. She was arrested and her paintings confiscated during exhibitions in both Moscow and St. Petersburg between 1909 and 1914. At the heart of the charges against Natalia was the simple fact that she was a woman – and the establishment believed that women had no role in the church hierarchy. They were incensed: How dare a female artist paint religious themes?!? They considered her actions to be acts of outrageous sacrilege. 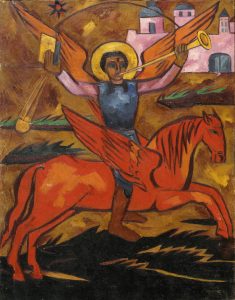 ontcharova had the audacity to go against both the dominant power structure and the status quo became a significant factor in her rising popularity at the time. Her spiritual works in the years before her departure from Russia are monumental – boldly painted with unusual colors and thickly-applied, greasy paint. They are not subtle. The images are powerful and in your face, the works of an artist with deeply-rooted and strongly-held Christian beliefs.

Not only did the tumultuous events of 1914 like the start of the Great War and her partner Mikhail Larionov getting wounded on the Eastern Front help eject Gontcharova from her homeland, they compelled her to reconsider her approach to spiritual painting. Everything she had relied upon was gone, and the traditions and habits formed during the first 13 years of her career had to be let go of. She was now forced to open up to the West. If the Russian Peasant had been her totem previously, what might take its place?

After 1915’s failure to stage a new production of the Russian Orthodox Liturgy as a performance piece in the West, Gontcharova’s spiritual work became more subtle – more about her feelings of faith and a life of faith. As seen in the Spanish Ladies series begun in 1916, Gontcharova began to use both transparency and the concept of beauty to try and open a portal to a fourth dimension of spiritual sight. She tried to depict essences of spirituality rather than literal pictures of saints or obviously biblical scenes. 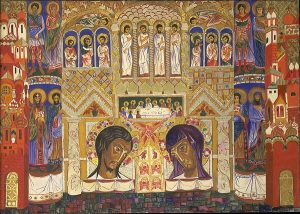 By the end of World War I, Natalia Gontcharova’s approach to Modern Art was significantly different to that of her contemporaries in interwar Paris, a group who collectively eschewed anything to do with God or Faith. That lack of contemporaries or complimentary artists directly contributed to Gontcharova’s comparative lack of success as a painter. While Natalia’s connection to Marc Chagall (who comes to mind as another rare painter of religious themes) could have led to a colleague, Gontcharova’s Anti-Individualism, combined with Chagall’s greater devotion to fame, profit and his own success served to block that path.

Gontcharova forged on alone and chose to live out her spiritual values rather than chase accolades or money. That dedication has remained rare throughout the last century and today, Natalia Gontcharova’s unusual artistic choices remain worthy of being spotlighted, revered and commended.