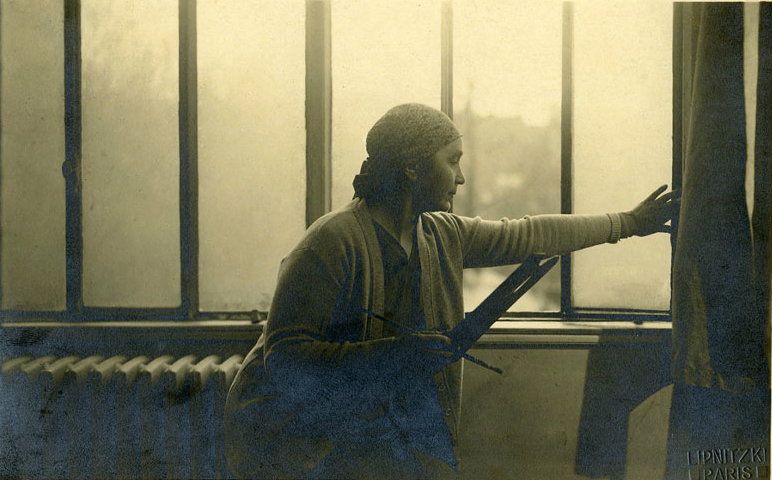 The ARTIST AS Anti-Individualist


The term ‘Anti-Individualist’ is an unusual description for an artist, one that runs exactly contrary to the prevailing Individualism that runs throughout Modern Art. Yet ‘The Anti-Individualist’ is very much an accurate description of Natalia Gontcharova, one that might uniquely be applied only to her among her contemporaries in the modern art movement of the first part of the 20th century. She stated publicly that she was fundamentally against the primacy of the individual self in creating meaningful art.


“In the Golden Age of Individualism, I destroy this holy of holies and refuge of the narrow minded as something not corresponding to the modern order of life and it’s future order. The individual perception can play an auxiliary role for art and positively none for humanity.”

This belief sprang from other, vital elements of Gontcharova’s thoughts on art – namely, the importance of utilizing an Eastern approach to art, and the idea of the artist forming a vessel for Spirituality and her art providing a window to the divine. There was also a firm belief that the sense of self present in the works of her contemporaries like Leger, Chagall and Malevich was the exact opposite of the way art should be created, where the artist’s individuality should be suppressed in favor of the art itself. 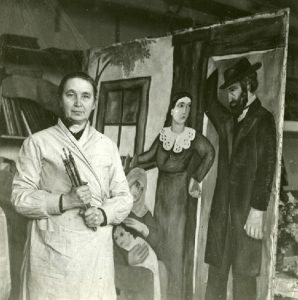 ok to heart the socialist principles that had formed the theoretical basis of the revolutions in her native Russia, even if they were later corrupted (in her eyes) by the Communist state to the point where the state, via Socialist Realism, could force an artist to follow a strict program of work that was politically doctrinaire.


Perhaps the starkest contrast to Gontcharova’s Anti-Individualism came from her friend and sometime colleague, Pablo Picasso. Indeed, Picasso may certainly be regarded as the definitive Individualist, as his unfettered capitalism, egotism and self-aggrandizement were prominent features throughout his long career, and he became very successful in terms of both fame and fortune precisely because of them.


So while, the leading artists of Paris and beyond in the 1920’s universally attached loud, proud “I’s” to the creation of their art,  Natalia preferred to keep to herself and her work. She believed she was creating works for the greater good of humanity, and the incredible scope and quality of Gontcharova’s creative output – from easel painting to costume design to textile design to book illustration – is indicative of the depth of her commitment to the anti-individualist approach to aesthetic endeavor.

All creative facets were of equal importance to Natalia and none were short-changed. She did not dabble. She gave the utmost of herself every time she made anything, no matter what the subject or materials, in pursuit of performing art as service to humanity – just as much an act of faith as it is an act of political belief. Gontcharova went against the mainstream of Modern Art practice, a mainstream which was largely anti-faith and apolitical. She acted to the detriment of her career but for the benefit of humankind.

If socialism had fully taken root in Western Europe in the 1920’s, would Gontcharova have been regarded as the genius and thought leader that she was? As it ultimately did not, Natalia’s art gives the viewer a window into an alternate timeline and a way to go back and re-examine the viewpoint, insight and lessons that she tried to show to the world from her adopted home in 20th century Paris.

Gontcharova’s Anti-Individualism is the negation of the West European cultural hegemony – imagining a world where the Enlightenment never happened and reason stayed perfectly balanced with faith, an approach tying together socialist principles with a Christian Humanist strand of philosophy.