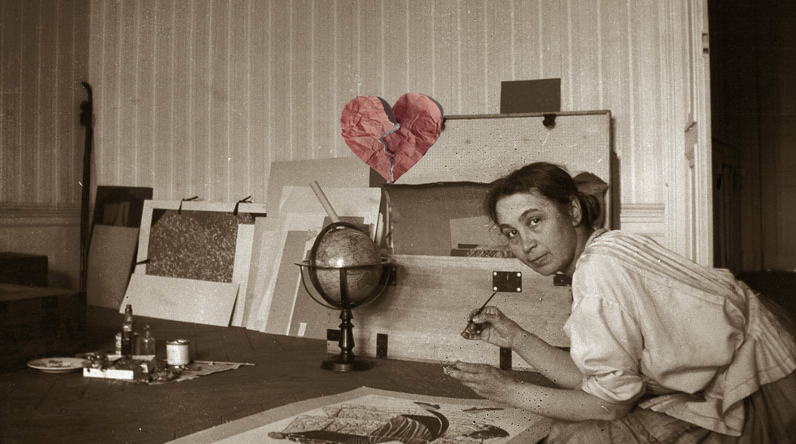 The Trouble With Dating Natalia

In an ideal world, primary evidence backs up the creation of a piece of art, public exhibitions share it with the world and documentation accompanies every change of location and/or ownership from that point onwards.

Here in the real world, artworks may have some, but not often all of those accompanying features, complicating matters of dating considerably.

In the world of Natalia Gontcharova, the seemingly simple act of dating a piece of her artwork is often made even more challenging by a combination of additional factors, not the least of which was her usual habit of not dating her works at their creation.

That habit makes dating difficult, but it is only part of the trouble dating Natalia:

To conclude, here are the words of the artist herself, in conversation with Marina Tsvetaeva regarding one of her works – “It has been years since I painted this, but I’m modifying it today. I am working on it again. Do not ever destroy your paintings, you will be able to work on them again afterwards.”

In response, Tsvetaeva sums up the joy of studying Gontcharova, and also the trouble of dating Natalia rather succinctly, noting that, “For her, a painting was never really finished, therefore it has no particular date of creation…”